Chinese IC makers, EV startups, and traditional car manufacturers are making forays into the intelligent cockpit sector, which is ushering in a new era as the in-vehicle experience becomes the next bright spot in future mobility.

JW Insights, China's leading online media and consulting service for semiconductor investment and related ICT industries, organized a special conference in Shanghai in June to discuss the latest developments in this sector.

Lao Yao, founder & CEO of JW Insights, said that the intelligent cockpit is an extension of the smartphone. Its business model is similar to that of the mobile phone using numerous software services. Drivers' perception of the automobile's value has also changed from a travel tool to an intelligent digital living space.

According to China's Ministry of Industry and Information Technology, the sales of intelligent networked vehicles in China were 3.032 million in 2020, a 107% year-on-year increase.

Zhang Guoqiang, a consultant of ThunderSoft(中科创达), a provider of mobile, IoT, and automotive operating systems, told the conference that the intelligent cockpit is a new human-computer connection and interaction point. Mobility means more than getting from point A to B. The intelligent cockpit as an interaction hub serves more than just entertainment and control needs. 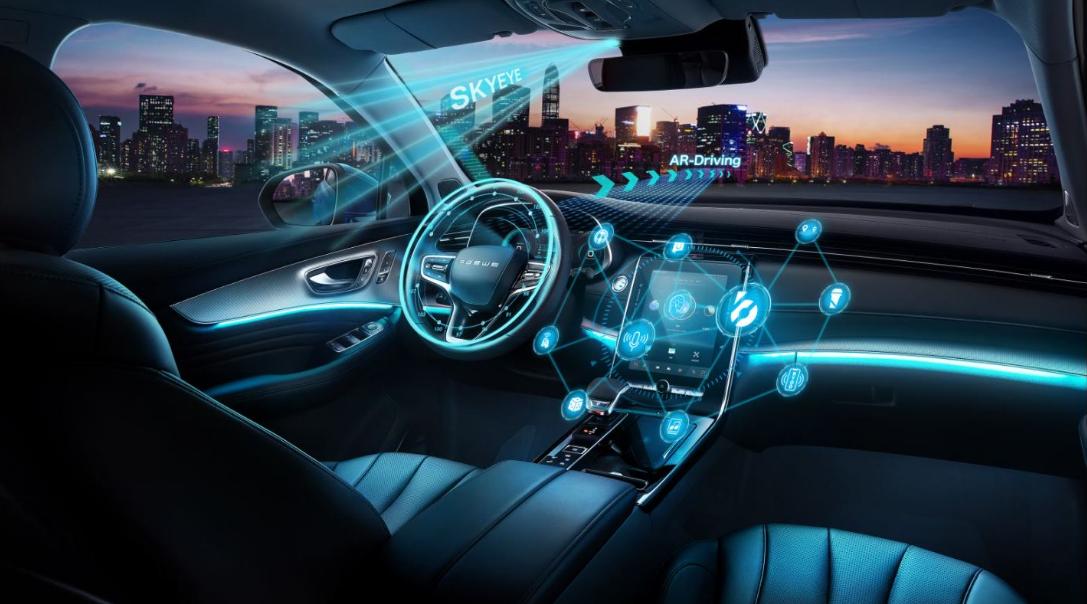 To realize so many functions in the cockpit, it took multiple chips in the past. But recent years have seen SoC (system-on-chip) solutions for the smart cockpit with just one or two chips. It greatly reduces the design pressure and achieves higher cost performance for car manufacturers, creating a huge opportunity for China’s auto industry, car networking expert Xiao Peng pointed out.

There are two models with the newly emerged Chinese domestic smart cockpit chip players: One is baseband processor companies such as UNISOC(展锐) and Huawei.

They follow an approach similar to the global chip giant Qualcomm, moving from communication module chips to the car cockpit SoC (system-on-chip). The other model focused on SoC with strong heterogeneous processing capabilities, represented by startups like SemiDrive(芯驰科技).

According to Qiu Yujing, CEO of SemiDrive, it is far from enough just to make chips; building an ecosystem of software and hardware is also important. Take software as an example. The first layer around the chip is the operating system; the extension is middleware and algorithm, such as voice recognition algorithm, navigation algorithm, DMS algorithm, ADAS automatic parking algorithm, etc.

Chen Yunrong is an expert who has worked in a mobile phone design company for many years. He said like in the early days of MediaTek(联发科) and Spreadtrum(展讯) offering copycat type mobile phone SoCs and having become successful, it is promising for these players to achieve success with the intelligent cockpit.

Over-the-air (OTA) upgrades are another major feature of intelligent networked vehicles. As their penetration rate increases, OTA upgrades are becoming more popular, too.

Ding Qi, a researcher from CITIC Securities, pointed out that the current value composition of automobiles is still dominated by hardware, accounting for 90%. This proportion will drop to only 40% in the future, and services, software, and content will dominate the remaining 60%. This business will have a higher profit margin.

The OTA concept has led car companies to shift from focusing on hardware engineering to a combination of software and hardware. The technology can ensure continuous updating of vehicles through software. Auto firms can also repair software faults for users remotely, just like mobile phone software upgrades.

Intelligent vehicle and vehicle-road synergy is another experimental area that Chinese players are conducting, especially in V2X (Vehicle-to-Everything). They involve more AI, algorithm, and sensor technologies. Chinese intelligent automobile players are confident that they could succeed first in China, thanks to the rapid automobile technology upgrading and the world-leading road infrastructure construction capabilities in the country.